Keynes and the crisis

Here's a column I wrote on Keynes a few weeks ago in Socialist Review. The original is here: http://www.socialistreview.org.uk/article.php?articlenumber=12099. To be honest, it's largely derivative of Chris Harman's writing on Keynes, especially his excellent piece from the mid 90s called The Crisis of Bourgeois Economics, which can be read here http://www.marxists.org/archive/harman/1996/06/bourgecon.htm

The ideas of John Maynard Keynes are back with a vengeance. This has been a consistent theme in the past few years, from the corridors of power to the pages of the Financial Times. After 30 years of deriding Keynes's ideas many are now reconsidering the economic remedies he prescribed.

But Keynes didn't solve the Great Depression. What he did was powerfully polemicise against the idea that the market was best left to its own devices and cutting workers' wages would reduce unemployment.

In the early 20th century mainstream economics was in a muddle. Economists had inherited insights about capitalism from earlier theorists Adam Smith and David Ricardo, which largely rested on the labour theory of value - the idea that the value of commodities derives from the labour time taken to produce them. But they struggled with the implications of this theory, which seemed to suggest, rather dangerously, that the root of all profit was the robbery of workers, who were paid less than the full value of their labour. This is what led Karl Marx to deride capitalism as a system based on exploitation.

To avoid embracing a radical critique of capitalism, mainstream economists looked for an alternative theory that justified the system.

Following John Stuart Mill and Jean Baptiste Say, "neo-classical" and "marginalist" economists decided that, since every buyer was also a seller, economic slumps based on overproduction were logically impossible, because there was always enough money in the system to buy everything that was produced. This is known as "Say's law". They argued that value wasn't an objective measure, but merely an expression of people's subjective estimation of the usefulness or "utility" of goods on the market. If, in reality, all goods were not sold, this must be because greedy sellers were over pricing them.

In their view labour was no different to any other commodity on the market. Unemployment (ie not all labour being sold on the market) was the result of workers demanding too high wages. The solution to unemployment was for workers to accept lower wages and to remove any "artificial" factors pushing up the price of labour, like trade unions or state benefits.

Although Keynes had accepted much of the "neo-classical" position in the 1920s, the slump of the '30s pushed him to attack these theories.

Say's law states that wages and profits paid out after production are equal to the amount needed to pay for the goods produced. But Keynes pointed out that in the real economy profits (and wages to a lesser extent) are not necessarily put to use buying goods or investing: they may simply be saved or hoarded.

Keynes argued that, although reducing money wages could boost a single firm, in the whole economy the effect would be to depress demand for consumer goods, as workers had less money to spend. Workers typically spend more of their income than bosses do, so redistributing income away from workers was likely to further decrease effective demand.

Keynes proposed two alternative remedies. Firstly, governments should drive down interest rates, providing an incentive for the rich to spend more, so expanding demand and stimulating investment. Secondly, governments should enact their own big expenditures, paid for through borrowing. These projects should pay for themselves as the economy grows and tax income increases.

At times Keynes sensed there might be a deeper rot at the heart of the system. He spoke of a decline in "the marginal efficiency of investment". Marx had argued something somewhat similar - that there was a long-term tendency for the rate of profit to fall. This meant there was a tendency for the system to spiral into crisis that could not be arrested by tweaking government spending or interest rates - but this was a conclusion Keynes could not accept, so he shied away from fully investigating the fundamentals of the system.

Even so, the proposals Keynes did advance would have required huge government intervention in the economy to be effective. At one point he suggested that "a somewhat comprehensive socialisation of investment will prove the only means of securing an approximation to full employment." But he held back from arguing for this. He tailored his policies to the psychology of capitalists, because if government actions frightened them they wouldn't invest. Some of Keynes's speeches were spiced with radical rhetoric, but his practical policies were painfully timid.

Nevertheless a version of "Keynesianism" became dominant after the Second World War. This was a doctrine stripped of any of the radical implications of Keynes's work, so that it could now be married with elements of "neoclassical" thought.

Keynes was right to argue against cutting workers' wages and to sneer at the sanctity of the market. But his attempts to explain the system were limited by his loyalty to bosses' interests. He tried to save capitalism from itself - and failed.
Posted by Jack Farmer 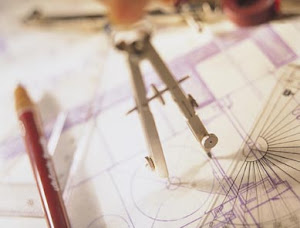 A spider conducts operations which resemble those of the weaver, and a bee would put many a human architect to shame by the construction of its honeycomb cells. But what distinguishes the worst architect from the best of bees is that the architect builds the cell in his mind before he constructs it in wax.
Karl Marx, Capital volume 1, chapter 7